The Time I Failed Bilingual Kindergarten 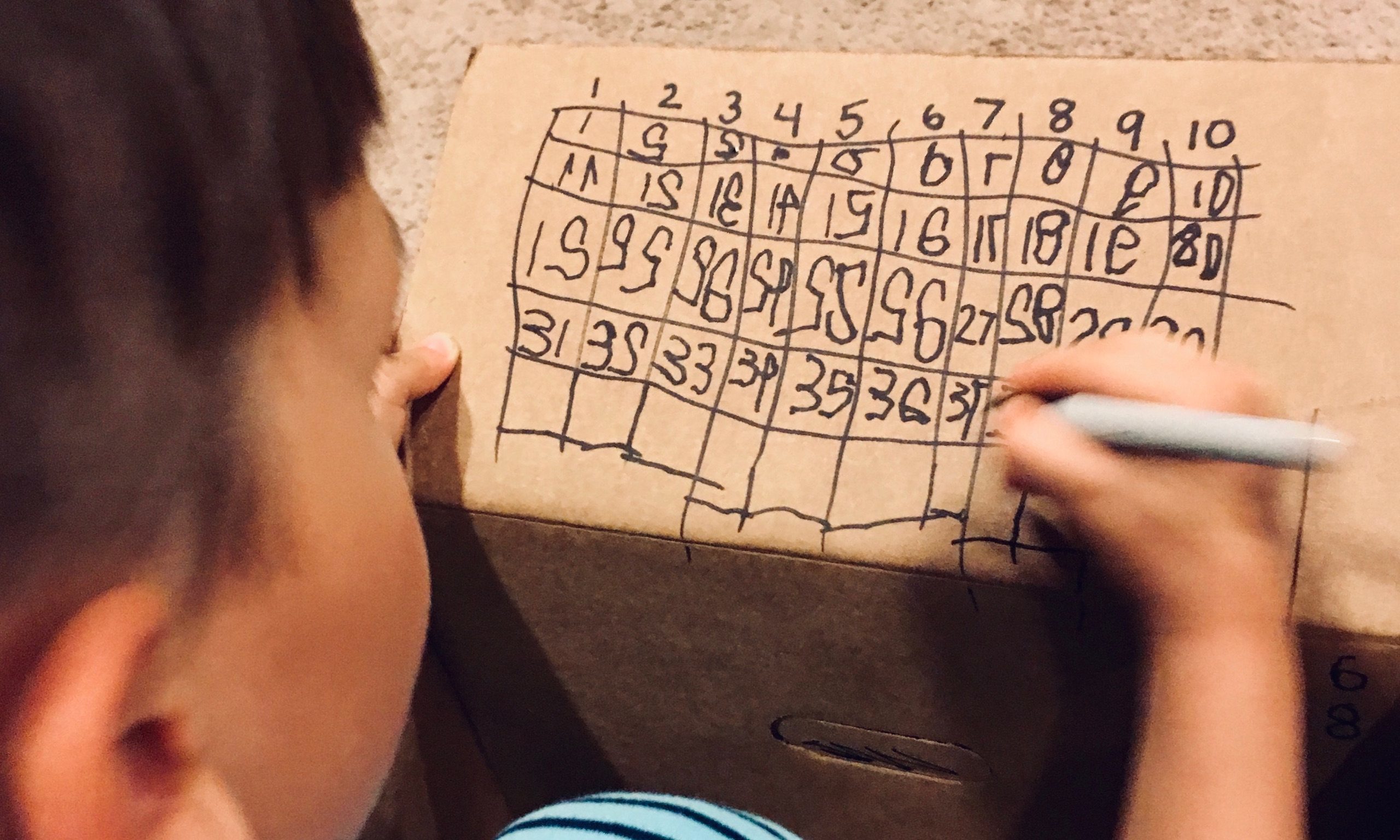 This is a sad story with a happy ending. It involves me WAY over doing it with enthusiasm which led to a hard crash and burn. But...I didn’t give up. Ready to hear how I failed Bilingual Kindergarten?

When my son was small “school” looked like cooking, playing, singing, and reading tons of great books - both in Spanish and English.

We hosted a weekly Spanish playgroup in my home with other bilingual families and had a BLAST. In short, Spanish - and learning in general for that matter - were fun and exciting for him.

When Kindergarten officially started, fun quickly took a back seat. You see, I bought a curriculum (in English) and decided we needed to get through the whole thing that year IN BOTH LANGUAGES.

It would be fun (I told myself). Kindergarten Spanish is not too hard for me, a non-native speaker, to simply translate as we go. He’s going to love this.

He did not love this.

He was very aware I was asking him to do double the work. He pushed back, I pushed harder. Many days ended in tears.

To top it off, we had a toddler tag-along and a nursing baby in the mix. Emotions were high.

I took Christmas break that year to assess the situation. Either I was sending my kiddo to public school and simply kissing my bilingual dream goodbye, or something needed to drastically change.

As nice as it sounded to send my son off to public school at that point, I knew that was not the right decision for our family. I didn’t have time or energy to completely rethink school for the remainder of kindergarten. So what did I do?

I decided to switch our “school” time to English only (which was only about 1 hour a day at this point), and Spanish went back to being the language of fun and connection.

The plan worked to bring peace to our homeschool, but I felt like a failure.

I have taught young children my whole life. I worked hard to learn Spanish. I had dreamed of this day for YEARS. The day I would homeschool my kids in two languages. It would be all bright eyes, smiles, and laughter. How did it go so wrong?

Well, before you have kids you can’t factor in nursing babies and needy toddlers. You can’t possibly factor in your insane level of exhaustion and brain fog.

If you are in this season yourself, my friend, keep your head up.

Don’t judge your current self by the standard of your younger days.

I spent the second semester of our first official homeschool year thinking through how I was going to approach 1st grade in both languages.

I decided I would incorporate more Charlotte Mason methods into our homeschool. More habit training and excellent literature (in both languages).

I would join a coop that uses the Tapestry of Grace curriculum which is what I still use today. I decided I would search out a math curriculum in Spanish. (Which was another failure! But hey, I learned from that one too.)

This way, I did not have to do every subject in both languages.

You do not have to do every subject in both languages!

It took a bit of trial and error to find out exactly how to blend the two languages, but my son is now in 3rd grade, and I am happy to report we are still homeschooling and doing it in two languages.

Know what that means?

I took some time to breathe and maintain forward motion in the midst of night-time feedings and potty training. Then when I could manage (at the start of the new 1st grade school year) I tried my new plan.

You can pivot too.

If it's not working, take a break, think it through, and try again.

Looking for an easy way to add more Spanish to your homeschool? Get a free week trial of our Fall Spanish Morning Time Plan to see if it's right for you!

Spanish Curricula for Our 2020 School Year
How We Start Our Homeschool Year – The Spanish Immersion Soft Start
Why I Almost Quit Before I Started.
The Time I Failed Bilingual Kindergarten
How To Use Montessori Three-Part Cards